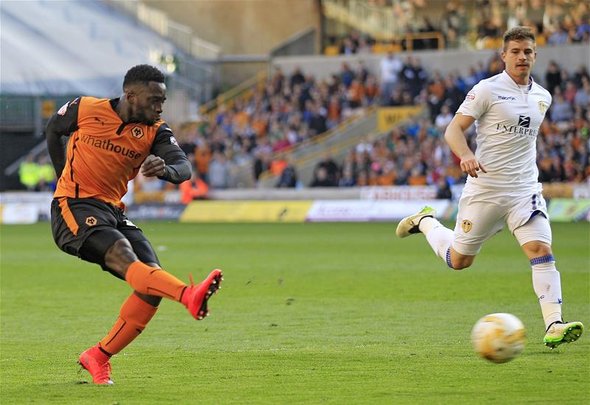 Wolves could make two changes to their side when they take on Birmingham in a local derby on Friday night.

After last Saturday’s 2-0 loss to Chelsea at Molineux, the Black Country side return to league action at home against their West Midlands rivals.

Paul Lambert may have star striker Nouha Dicko back from injury, but a place on the bench is a lot more likely at this stage.

Connor Ronan will definitely miss out as he suffered a stress fracture on his back this week, alongside Mike Williamson and Joe Mason who are also on the injury table.

Richard Stearman could return to the starting line up as Lambert looks to bring in some solid experience for the fierce derby match. Kortney Hause will lose his place to the 29-year-old.

Dom Iorfa could also make his way back into the squad in the right-back position ahead of Conor Coady, who may have to drop to the bench to provide the midfield cover that Ronan would have offered if he wasn’t injured.

Experienced goalkeeper Carl Ikeme will keep his place in the line-up with club captain Danny Batth joining Stearman in the middle of the back four and Matt Doherty filling in at left full-back where he has impressed in recent weeks despite being a natural right-sided player.

Cameron Borthwick-Jackson will stay out of the side after his parent club Manchester United recalled him for a one-off appearance to play for their reserve side on Wednesday.

George Saville, Jack Price and David Edwards will keep their places in the midfield three keeping Lee Evans out of the side who didn’t have the greatest day in their last league outing against Wigan.

Birmingham are in poor form since Gianfranco Zola took charge at the club, but the form book sometimes may appear to go out the window in these types of matches.

Wolves are just five points clear of the relegation zone so a win will do a lot to help them move away from the bottom three.

They are also just five points behind the Blues and a win would them overtake their other West Midlands rivals, Aston Villa.

In other Wolves news, Lambert shares details of a meeting with the club’s owners which will shock the fans.