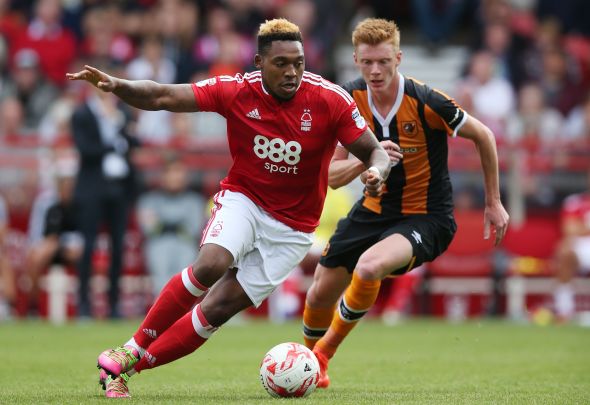 Assombalonga has been missed

Any football fan would have noticed that Philippe Montanier’s side looked impotent up front in the first half. Captain Henri Lansbury and centre-forward Nicklas Bendtner missed from the penalty spot, with the 73-time international looking lazy as Forest’s attacking spearhead. Although Bendtner equalised in the second half, it was obvious throughout the match that Forest had missed their talismanic striker. Former Watford striker Assombalonga struggled when he came on, but if he can be given regular game time he could return to the form that has seen him score 22 Championship goals in 31 starts.

Ben Osborn and Matty Cash were two of the better players in red on Friday night, as they looked to take the game to the Toon. Starting at right wing-back, Cash kept Frenchman Gouffran quiet; looking defensively solid as well as providing a strong attacking outlet on the right flank. Osborn looked exciting going forward, even when Forest struggled to provide much to excite the city ground when Rafa Benitez’s side had 10 men. Both Cash and Osborn were good examples of the impressive youth academy, with Scotland international Oliver Burke being another example after leaving Forest for £13million in the summer to Bundesliga side RB Leipzig.

With manager Montanier enjoying his best spell as manager at the City Ground, Forest are beginning to look like the side that were predicted as playoff hopefuls under the French boss. Henri Lansbury is beginning to find form, Bendtner is scoring goals and the former Real Sociedad manager has finally found his best formation in a 3-5-2 system. Forest now sit in 13th, and could move into the top half next weekend as they go up against rivals Derby.

In other Nottingham Forest news, this midfield star made the Championship’s Team of the Week.