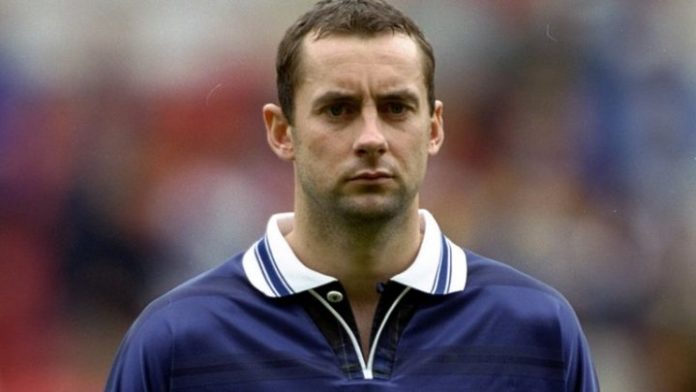 Former Scotland international and current BT Sport pundit Don Hutchison has revealed on Twitter that he missed out on the opportunity to manage Rangers but wishes Steven Gerrard the best of luck.

The Liverpool legend took the Rangers managerial position on Thursday in a move which provoked a great deal excitement from the Scottish media and Gers supporters.

Hutchison, who picked up 25 caps for the Scottish national side, wrote on Twitter: “WOW!!! My biggest regret in football NOT joining RangersFC when I had the chance. All the very best Stevie. Imagine the atmosphere next season.”

There had been much talk that the Reds U18 coach was in line for the top job at the Light Blues following Rangers’ latest defeat against Celtic which called into question the credentials of Graeme Murty who as a result was sacked from his post on Tuesday.

Rangers fans will be thankful to hear that it is Liverpool legend Gerrard and not Hutchison taking the job following on from Murty’s dismissal. Neither Hutchison nor the ex-Liverpool coach have experience of managing but Gerrard’s role at Liverpool will put him in good stead for things to come at Ibrox. If an investor or two are about to come into the Glaswegian giants, then having Gerrard at the helm rather than the Scot will be a more attractive prospect for the money-men than Hutchison in terms of being able to lure in talent. With the Englishman on his way, fans can breathe a sigh of relief knowing that their fate is in his hands rather than Hutchinson whose appointment could have put them in a very different position going forward. Still, it is a big risk and one which needs to pay off if the Light Blues are to catch up with Celtic, and they will be hoping that going for an unproven boss over someone with a track record works out for the best.