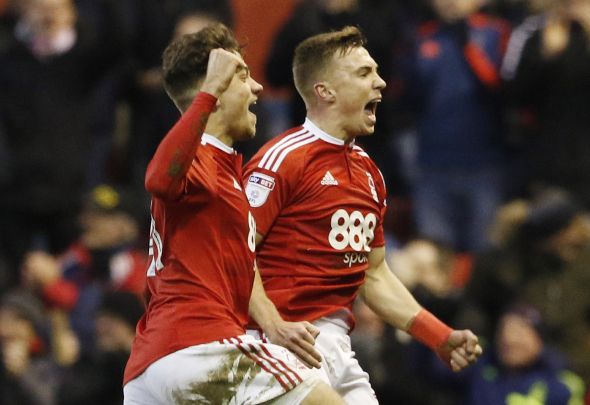 Newcastle target Ben Osborn wants to stay at Nottingham Forest in the summer, according to a report.

The Nottingham Post claim that Rafael Benitez’s side are lining up a bid for the 22-year-old as they look to build their squad for a Premier League return.

It is understood that the midfielder’s performances last season alerted several teams in the top flight to his potential.

The report details that Osborn has made it clear that he wants to remain at the City Ground and is preparing for a fresh Championship season under manager Mark Warburton.

Newcastle secured a double deal with Jamaal Lascelles and Karl Darlow from Forest in 2014, with the pair playing a major role in their promotion from the Championship last season.

However, it appears unlikely they will do more business with the Midlands club this summer and may have to look elsewhere to strengthen their midfield.

Osborn was a crucial player for Forest last season and made 49 appearances across all competitions, including featuring one very league match.

The Englishman managed four goals and supplied seven assists in return, which played a part in his side retaining their Championship status on the final day of the season.

He showed his versatility by playing in numerous position last year, including as a central midfielder, left winger and secondary striker.

Osborn is a product of the Forest academy and could play a major role in their revival under Warburton next year. The versatile midfielder proved himself to be a strong player in the Championship and can chip in with some valuable goal contributions. Newcastle fans may be disappointed with his decision to stay at Forest, but they shouldn’t be too disheartened. Osborn has never played in the Premier League during his career and it would be a considerable step up for a player fighting relegation last year. Benitez should be looking to bring in players that are proven in the top flight and that can make an immediate response in their starting line-up.

In other Newcastle transfer news, they are set to complete a goalkeeper transfer.