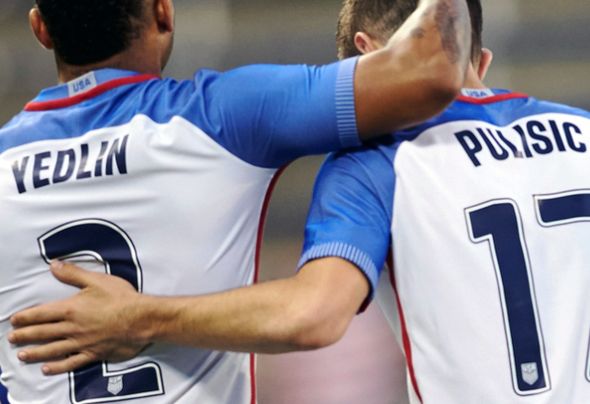 DeAndre Yedlin has posted a tongue-in-cheek message on Twitter after being asked by fans if he could persuade Christian Pulisic to join Newcastle in the summer.

Pulisic, 18, has shone for the German giants after being signed by Jurgen Klopp and the two-time USA international has even reportedly interested Arsenal, Liverpool and Tottenham.

Responding to a Toon fan on his personal Twitter account, Yedlin claimed he would “try his best” to use his time with the USA national side to tempt Pulisic into joining Newcastle.

Wonder if @yedlinny could convince Pulisic to come play for the Toon next season? Kid looks superb.

The attacking midfielder has shone in Thomas Tuchel’s side this season, having a hand in 14 goals during his 35 league and cup appearances for the German giants.

Scoring five goals against the likes of Benfica, Bayer Leverkusen and Darmstadt, the youngster has also laid on a total of nine assists for his teammates to score.

Able to play on either flank or in the number 10 role, Pulisic came off the bench on Wednesday night to help provide Dortmund with hope in their Champions League quarter final.

Trailing 2-0 at the break to Monaco, Pulisic was brought on at half-time as his side eventually lost 3-2 at the Westfalenstadion.

With a contract until the summer of 2020, it remains to be seen if Dortmund will want to sell their rising star as the Toon close in on an instant return to the Premier League.

In other Newcastle transfer news, manager Rafa Benitez has made this Premier League captain his summer priority.