Danny Mills has suggested that Alfredo Morelos is likely to leave Rangers at some point “sooner rather than later”.

Speaking exclusively to Football Insider, the former England international suggested that the Colombian scoring sensation is destined to exit at Ibrox in the near future.

It was revealed over the weekend that the Gers have made a move to secure Jermain Defoe on a permanent contract when his loan stint from Bournemouth concludes at the end of the season. 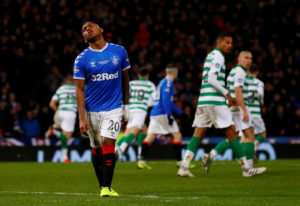 And Mills believes that the deal could be an insurance policy in case El Bufalo heads for the exit door.

When asked whether signing Defoe would act as cover in the event of Morelos departing during an interview with Football Insider, Mills said: “Yeah, definitely.

“It looks like Morelos will go at some point, sooner rather than later.

“So why would you let Jermain Defoe go? There’s no need to do that. He’s not going to be on extortionate money at his age.

“You’ve got to keep as many players like that around as possible.” 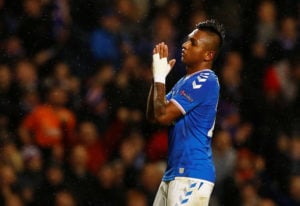 As revealed by Football Insider, Morelos is being sized up for a late raid from Premier League giants Tottenham Hotspur this month, even though club chiefs have held talks with the player’s representatives to reiterate the fact that he will not be going anywhere before the transfer window shuts.

The South American has hit 28 goals in all competitions for Steven Gerrard’s men so far this season at a rate of one strike every 84 minutes.