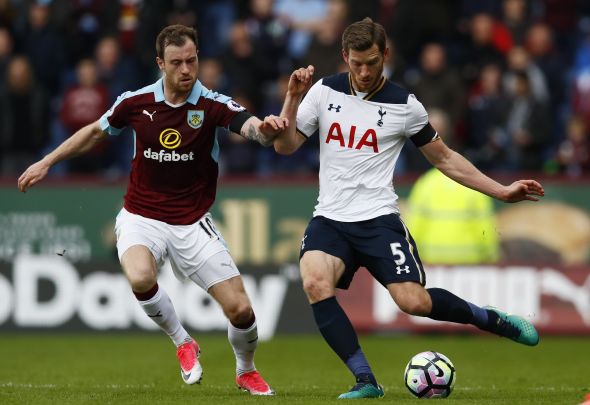 Newcastle fans have urged their club to forget about signing Ashley Barnes after a report claimed the Toon were interested in the Burnley striker.

ESPN claim sources close to Barnes have revealed that the striker is on Rafa Benitez’s radar, as well as Premier League rivals Crystal Palace.

The 27-year-old forward has been a regular fixture in Sean Dyche’s Burnley side this season, scoring six goals in 30 league and cup appearances for the Lancashire outfit.

Barnes has developed a reputation as a nuisance for Premier League defenders, as he is known for his relentless work ethic and ability to win the ball high up the field.

Newcastle fans reacted on Twitter to the reported interest in the former Brighton and Plymouth striker, with many pleading with their club not to sign Barnes this summer.

What THE Ashley Barnes?

Would rather have Alan Barnes than Ashley Barnes.

Rather have his brother Alan.

Newcastle currently have the likes of Dwight Gayle, Aleksander Mitrovic and Daryl Murphy to choose from in the final third, and Benitez could add Barnes to that list.

With a contract at Turf Moor until the summer of 2019, it remains to be seen how much the Clarets will charge for striker Barnes.

In other Newcastle transfer news, 25-year-old to be used in swap deal for £15-goal attacker.