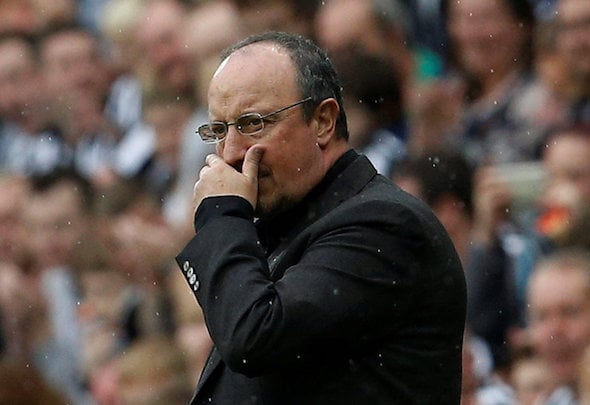 Newcastle striker Islam Slimani is said to have recovered quicker than expected and could start for Algeria against Iran on Tuesday night, according to a report.

Algerian outlet DZ Football has made the claim after previous reports claimed that he would be ruled out of the friendly game.

BREAKING: Islam Slimani recovering sooner than first thought and is a possibility to start tomorrow's match vs Iran. pic.twitter.com/Gex61HLo3E

The 29-year-old striker hasn’t played for Newcastle since his loan move from Leicester on deadline day in January, but could be set to make his debut in black and white – if he plays and gets through the international friendly unscathed.

Good news… and bad news for Newcastle fans if this report is true. If he is fit enough to play for Algeria then it means he’s recovered quicker than expected, which is great and a huge boost for Newcastle. However, the last thing Rafa Benitez would want is for him to be plunged straight into a meaningless friendly game. The chances of him suffering a reaction are fairly high and that could rule him out of the rest of the season for Newcastle. Having said that, the game against Huddersfield would be a great time to introduce him, against a struggling defence. If he is fit and starts scoring for Newcastle straight away, Newcastle could book their place in next year’s Premier League sooner than expected.