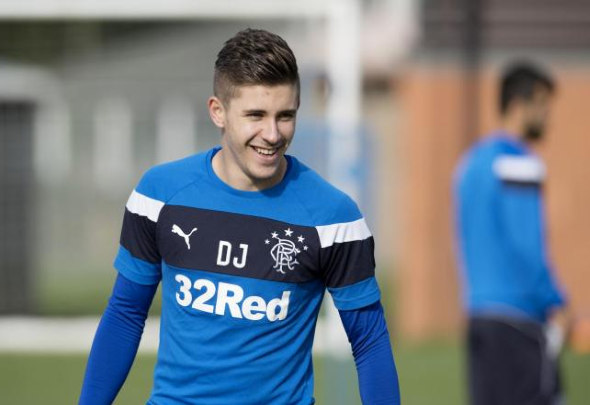 Rangers defender Declan John has admitted it is “quite something” to be working with footballing icons Steven Gerrard and Ryan Giggs for club and country.

The Welshman has started working with the Liverpool legend at Ibrox after he was appointed Rangers manager while Giggs recalled John to the Wales squad for the first time in four years.

The left-back admitted it took a “couple of times” to get used to taking instructions from Steven Gerrard and revealed he “idolised” Giggs as a player.

“It is quite something [having Gerrard and Giggs as your managers] and it does take you a while to get used to it,” John said, as quoted by the Evening Times.

“Ryan Giggs at Wales is someone that I have always looked up to and idolised as a player and that is what I want to do in my game.

“The gaffer coming here now, he has obviously had an amazing career and I am sure all the boys are looking forward to working with him.

“It does take you a couple of times to get used to it. They are telling you stuff on the pitch and you are thinking ‘that is Steven Gerrard talking’.

“But he is your boss at the end of the day so it is something you have to deal with and the training has been good.”

Working so closely with two icons who enjoyed such fantastic playing careers can only help John continue to improve and become a top quality full-back. The Welshman impressed after breaking into the Gers side in September and wowed Wales fans on his return to international duty. John will pick up lots from working alongside Gerrard and Giggs – despite both of their inexperience as a manager – and will hopefully try to pick their brains as much as possible to aid his own development. It would definitely be quite surreal going from idolising someone like Giggs to then working with him on the training ground but it is something the Gers ace should try to take advantage off as much as possible. With Lee Wallace still sidelined through injury, John has a perfect chance to cement his first-team place at Ibrox under Gerrard over the coming weeks and impress his national boss into the bargain.