Preston North End duo Ben Pearson and Ben Davies may be more attracted to a move to Bournemouth than Celtic because of the prospect of potentially playing Premier League football.

That is the view of former Aston Villa and England striker Gabriel Agbonlahor, speaking exclusively to Football Insider after the Cherries look set to exploit the situation at Parkhead.

This site revealed Bournemouth are eyeing a late window move for Celtic targets Pearson and Davies who are both out of the contract at the end of the season. 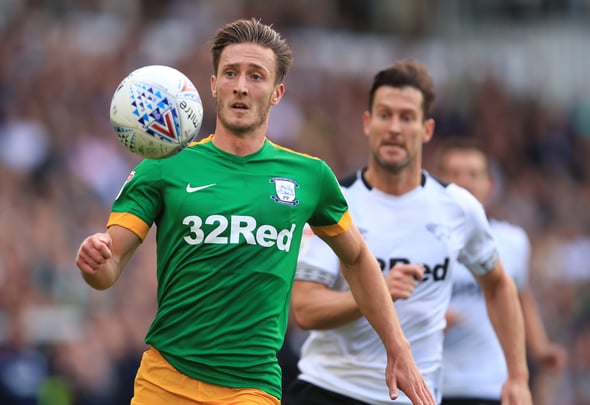 The Hoops have admired centre-back Davies since last summer and are now in talks over a pre-contract agreement and they could strike a deal with North End over a permanent transfer this month.

The pair rejected club-record contracts worth £17,000-a-week earlier this month meaning the Deepdale outfit are willing to cash in now rather than lose them for free in the summer.

“A club like Bournemouth is probably more attractive to the players at Preston,” Agbonlahor told Football Insider.

“Moving to Scotland, an English player who has got the chance of staying in England would probably prefer that than going to the Scottish league.

“Celtic are a massive club but the idea of playing for Bournemouth next season may be more attractive.

“For all we know Neil Lennon may not be able to buy any players, he might be on his way out of the club with the speculation. Maybe he doesn’t have the money to be able to bring anybody in.”

Pearson has not featured for Preston since manager Alex Neil revealed he has told the club his future lies elsewhere.

Davies has continued to play for the club for the Lilywhites as they are short defensively after Patrick Bauer’s injury.

In other news, Celtic have been told to sign a winger “better than Scott Sinclair” amid a Sky reveal.