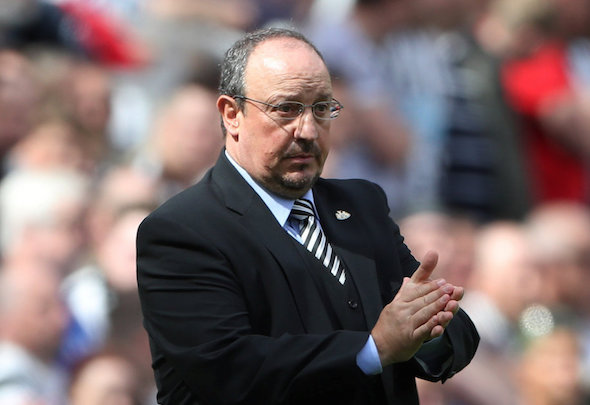 Newcastle have got a tough challenge ahead of them this afternoon as they prepare to welcome Jose Mourinho’s Man United to St James’ Park.
And fans are gutted that Dwight Gayle is up top, with no sign of new striker signing Islam Slimani.
It means that he’ll play a maximum of ten games now for Newcastle with his loan running out in the summer.
The team line-up was announced on the official Newcastle Twitter page ahead of the 2.15pm kick-off.

TEAM NEWS: Here's how Newcastle United will line up against @ManUtd in the @premierleague today (kick-off 2:15pm GMT). #NUFC pic.twitter.com/4k6yhjsK7f

Newcastle’s season is starting to take a worrying dip, with the club sitting on the same points as Stoke and only out of the relegation zone on goal difference.
Things are tight at the bottom though and a win could see them move all the way up to 13th place, ahead of Brighton on goal difference.
However, United are on a run of six consecutive games across all competitions and are heavy favourites to take all three points today.
And fans are worried that Benitez has got to rely on Dwight Gayle again up front with Slimani not fit.
Here is a selection of the best reactions from Newcastle fans ahead of the 2.15pm kick-off.

Beginning of the end for us now let mitro go and sign an injured striker. Slimani , merino and Kenedy playing together would be our only hope. Perez and gayle couldn’t hurt fc united of manchester never mind man utd. #nufc

No Merino, no Slimani Shelvey is starting I just cba.

Slimani could of been on the bench like. We have a 2 week break after this 😠

Thought slimani just missed out on last game & not even on da bench today ? 😵👀

What was the actual point in loaning slimani 🙄

How many more chances for Gayle???

In other Newcastle news, it has been confirmed that the Magpies best a host of clubs to this striker’s signature.