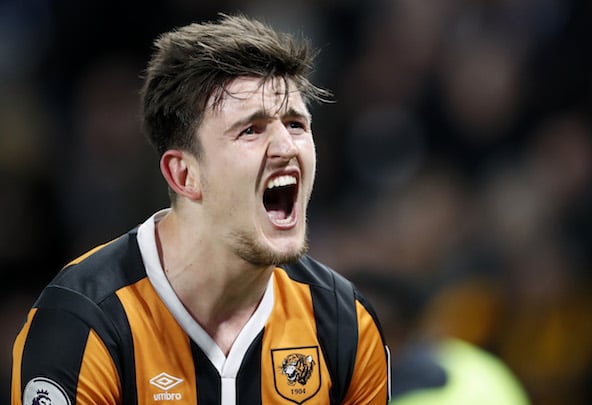 Newcastle are set to be offered the chance to sign Harry Maguire this summer following Hull’s relegation from the Premier League, according to a report.

The Chronicle claim that the 24-year-old defender could be made available to Newcastle in the summer, after Hull’s relegation fate was confirmed with a 4-0 defeat to Crystal Palace on Sunday.

Maguire has just one year left to run on his current contract at the KCOM Stadium, but his future at the club came into question amid Hull’s ongoing battle for Premier League survival, which forced him to put talks on hold.

However, with the Tigers condemned to Championship football next term, Maguire may pursue a fresh challenge, and seek a chance to remain in the top flight.

Newcastle have been credited with a keen interest in signing the proven Premier League performer this summer, with the Sun claiming earlier this month that he had been made the Magpies’ top transfer target.

But their chances of achieving a deal for Maguire appear more favourable after the latest development that sees the player facing Championship football next season.

However, Newcastle are likely to face competition for the defender’s services this summer, with Premier League rivals Tottenham, Everton and Liverpool also monitoring his situation.

Maguire has made 35 appearances in all competitions for Hull this season, contributing three goals and three assists.

The evidence continues to mount up as the summer transfer window approaches, and it now looks almost certain that Maguire will quit Hull. He has been a valuable asset to the club for a number of years, but he deserves to remain in the Premier League, and Newcastle can offer him that. Unlike the other side’s credited with an interest, they also look the most likely side to be in a position to offer him regular first-team football. Given his current contract situation, Newcastle can land themselves a cut-price deal for Maguire, and if offered the chance to sign him this summer, they should jump at the chance.

In other Newcastle transfer news, the club are reportedly in a two-way battle to sign this Arsenal fringe player.