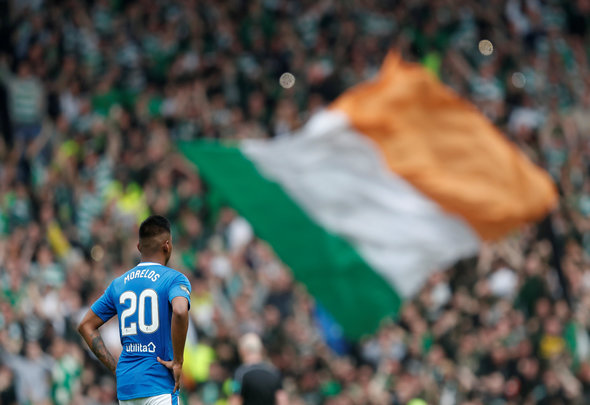 It is hard to remember a player that has went out of form so quickly as Alfredo Morelos at Rangers, although to be fair, he isn’t 100 per cent to blame.

The Colombian has appeared distracted ever since the Gers reportedly knocked back huge offers from China from the player in January, and his form has been in a tailspin ever since.

Matters weren’t helped when he revealed, as quoted by the Scottish Sun, that he wanted to play in England.

The player might have signed a new deal with the Ibrox club, but he should play no part in the impending Steven Gerrard revolution, as he just isn’t good enough to lead the line at a big club.

He has scored 18 goals this season and been a mainstay with 41 appearances, but the 21-year-old’s season will be remembered for the chances that he missed, especially against Celtic, who has been guilty of missing sitters against in three games this season.

If the Gers are to mount a serious challenge to their rivals from the East End of Glasgow, they need to sign a player who is able to score goals against the Parkhead club, and that just isn’t Morelos.

The Light Blues should cash in as soon as the summer transfer window opens, and reinvest the cash in a new striker that can bring the Gers closer to the Hoops next season.

Morelos has done well for the Gers overall, but to take that next step they must do better.

In other Rangers news, fans have slaughtered a player’s performance v Kilmarnock