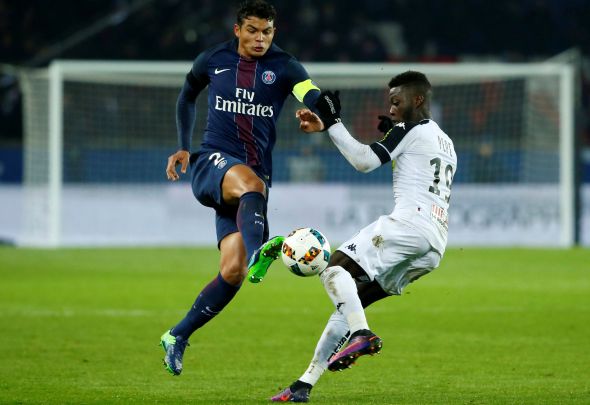 Newcastle could be set to miss out on Angers winger Nicolas Pepe, with Hull expected to make an improved bid for the player, according to a reliable journalist.

Guardian journalist Ed Aarons revealed on his personal Twitter account on Thursday that Premier League duo Hull and Watford had both made £8.1million offers for the 21-year-old star.

The Mail reported that Newcastle had also made an approach for the player, but Hull seem to be taking the initiative.

Aarons revealed on Friday on his personal Twitter page that a new offer was set to be tabled by the Premier League side.

Hull will be keen on bringing a winger to the KCOM Stadium, after reportedly selling Robert Snodgrass to West Ham for a fee rising to £10million.

Newcastle will also want to add width to their squad with just four days remaining in the January transfer window.

Ronaldo Aarons is struggling to return from a long-term knee injury and the future of Sammy Ameobi is still in doubt, which means manager Rafa Benitez has just Matt Ritchie, Yoann Gouffran and Christian Atsu to choose from.

Known as one of the hottest products coming from France’s top tier, Pepe has his best years ahead of him despite already showing that he has the quality capable of plying his trade in the Premier League. Benitez must try and match what Hull offer in the coming days, if he is to stand a chance of signing Pepe. Bringing in the lightning-quick winger would boost the Magpies’ promotion chances of an instant return to the Premier League, and provide him with the sort of quality he needs for next season if they get promoted.

In other Newcastle transfer news, Chelsea have turned their attention to Karl Darlow in their pursuit of a new goalkeeper.