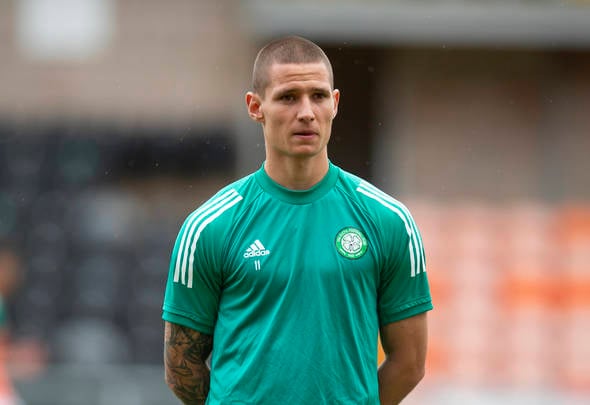 Odsonne Edouard, Leigh Griffiths and Albian Ajeti will follow Patryk Klimala out of the Celtic exit in a mass exodus of strikers this summer.

That is according to ex-Scottish Premiership forward Noel Whelan, speaking exclusively to Football Insider after Klimala finalised a £3.5million switch to New York Red Bulls.

This site revealed earlier in the month that Edouard’s representatives believe he too can engineer a Celtic exit for £8-10m.

West Ham are in pole position to land the striker but Borussia Dortmund have also recently entered the race.

Leigh Griffiths, who has started just seven league matches all season, has been linked with both Hibs and Aberdeen.

Whelan claims that Ajeti could also be on his way in the summer after netting just once since September.

He told Football Insider correspondent Adam Williams: “There are definitely gonna be less strikers at the club in a few months.

“Edouard has been tipped to go to Leicester, West Ham and other places.

“I think there is gonna be a little bit of an exodus. Edouard looks the most likely to me but Griffiths and Ajeti too.

“We’ve seen one go already. I think it’s going to be very difficult to stop the Premier League clubs or whoever taking your strikers away.”

Griffiths meanwhile joined the club in 2014 and the 30-year-old has netted 123 goals in 260 appearances.