Odsonne Edouard will be “kicking the door down” to leave Celtic if Borussia Dortmund come calling, according to Alex McLeish.

The former Scotland boss, speaking exclusively to Football Insider, suggested the German giants would be able to offer the striker huge wages the Hoops cannot offer.

As revealed by Football Insider on Wednesday, Dortmund are lining up a big-money move to sign the 23-year-old this summer.

The German giants have concerns over the future of star striker Erling Haaland.

As such, they have identified Edouard as a potential replacement.

Dortmund face competition from Premier League outfit West Ham, who are already laying the groundwork for a deal in the upcoming window.

There is also strong interest from Arsenal, although previous favourites Leicester City are having second thoughts over a deal.

However, with his contract set to expire next summer, there are concerns at Parkhead he could leave for as little as £8million.

McLeish admitted Scottish clubs simply cannot offer the same wages as some of their European counterparts.

As such, he suggested Edouard would be desperate to quit if Dortmund come calling.

McLeish told Football Insider assistant editor Russell Edge: “Listen, if some of those big guns come from him…

“But obviously we don’t have the financial clout in our league to satisfy all these players.

“That’s why, if Dortmund were interested and Dortmund came with a move, then you would have to think Edouard and his agent will be kicking the door down. That would be my opinion.” 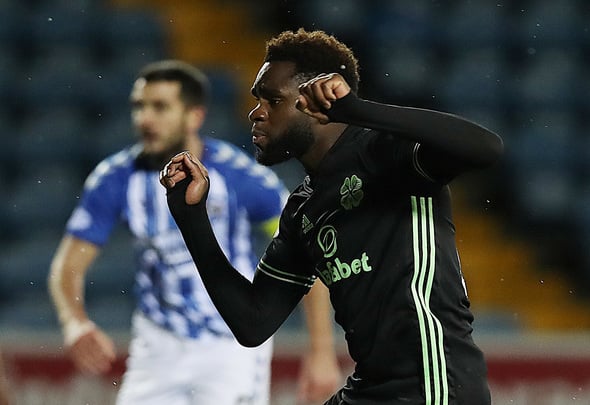 Edouard has netted 20 times in 37 appearances this season.